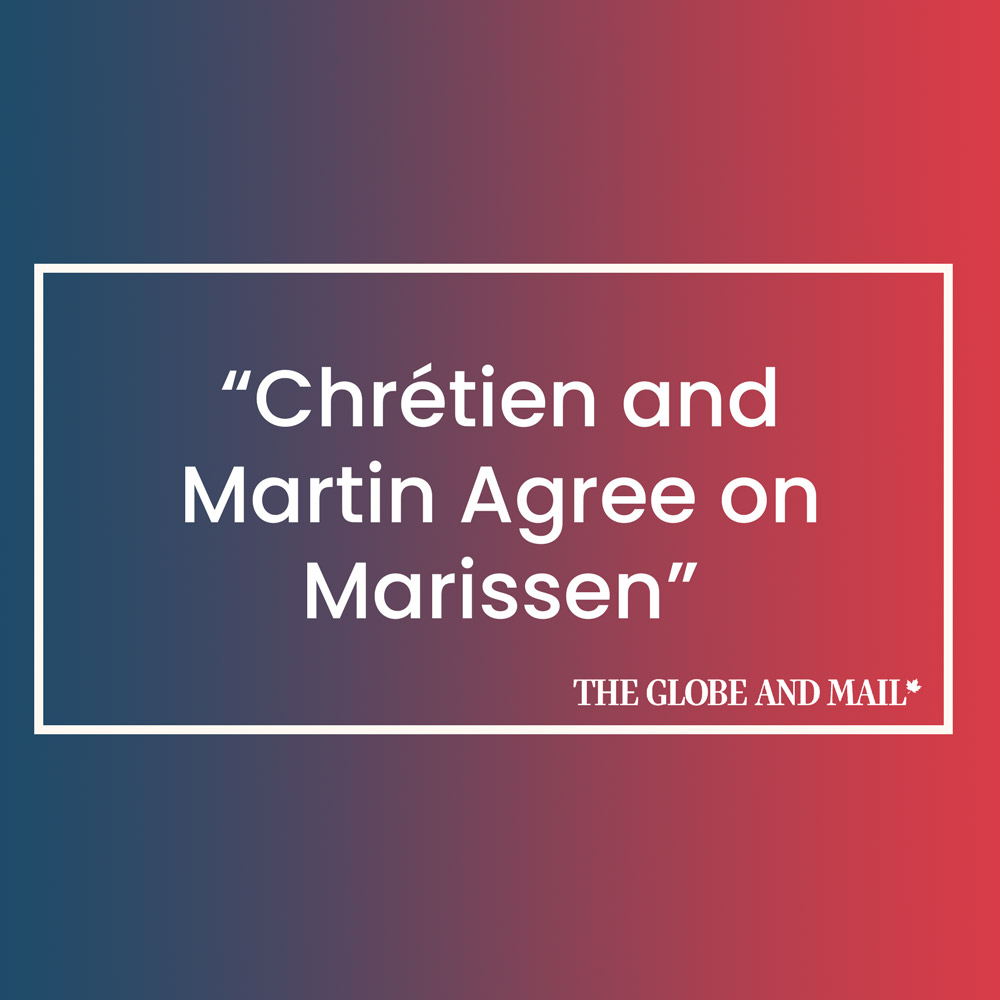 “Chrétien and Martin Agree on Marissen”

MARTIN AND CHRÉTIEN AGREE ON MARISSEN – Former prime ministers Paul Martin and Jean Chrétien, who were at odds in their political careers, have agreed on Vancouver mayoral candidate Mark Marissen. Last Sunday, Mr. Martin endorsed the political strategist, who led one of Mr. Martin’s campaigns in British Columbia, for mayor, saying, in a tweet, that he is proud that Mr. Marissen’s belief in the importance of government remains a priority. “We are lucky to have people of Mark’s calibre contributing to building a stronger and more equitable country,” he said. On Thursday, Mr. Chrétien endorsed Mr. Marissen here, saying his experience in provincial and federal affairs will be beneficial in his job as mayor. The election is Saturday.