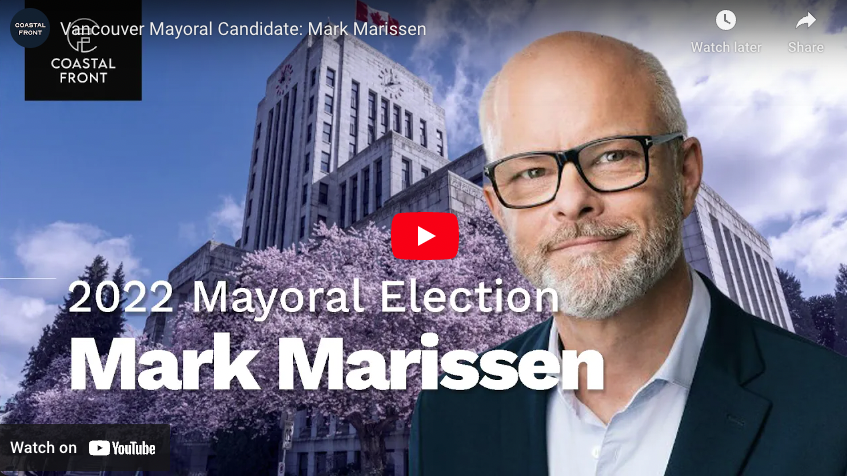 Known as a public affairs strategist and entrepreneur who founded Burrard Strategy in 1998, Mark Marissen first started his career in Ottawa as the National Youth Director of the Liberal Party of Canada. Over the years, Mark has worked with several familiar names and achieved success on a number of high-level projects.

With a strong track record, Mark is now asking Vancouverites to vote for him in the upcoming municipal election. Check out what Mark has to say about the issues impacting Vancouver.