Does Mark Marissen have any chance of becoming mayor of Vancouver? | Burrard 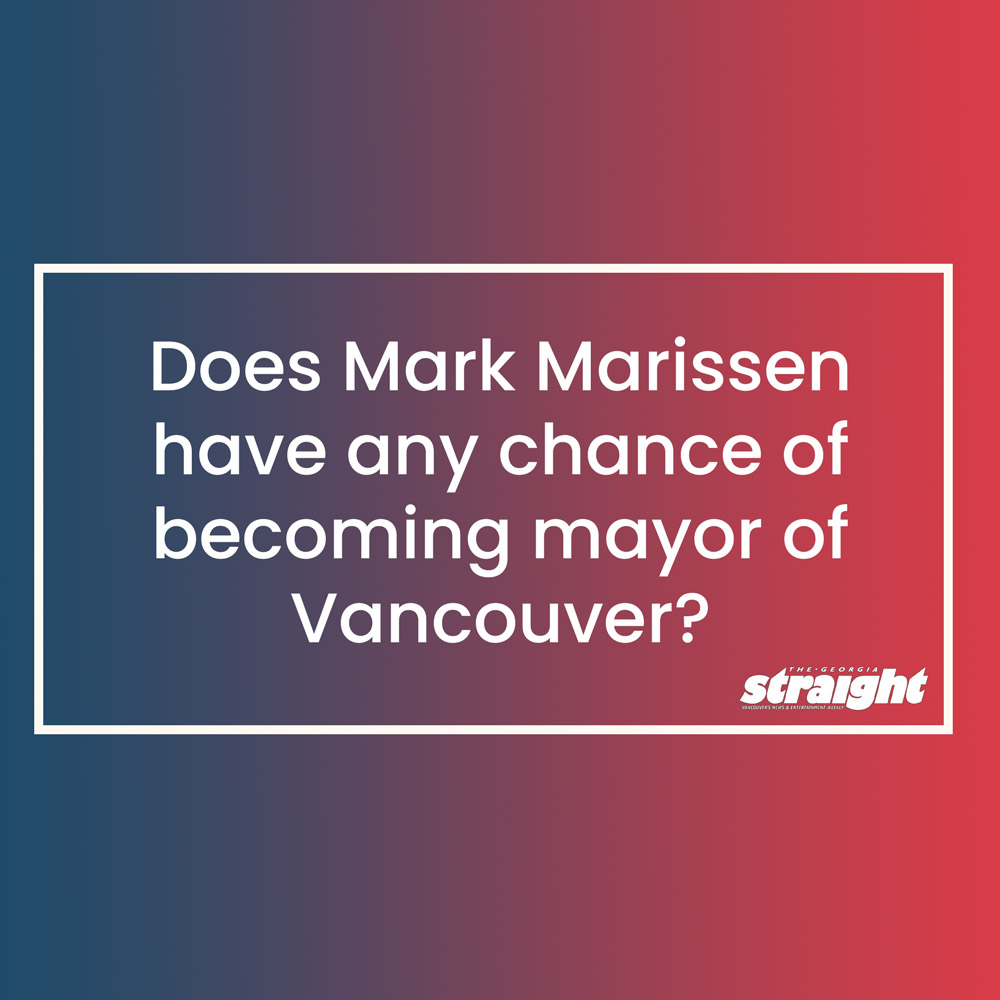 Does Mark Marissen have any chance of becoming mayor of Vancouver?

Some who read this headline might be asking themselves this question: “Mark who?”

Others who know Mark Marissen might say: “Are you friggin’ nuts?”

I’m here to say that Marissen’s candidacy for Vancouver mayor needs to be taken seriously.

Here’s why: Vancouver has long been a federal Liberal town and Marissen is the most federally Liberal candidate in the race.

It’s not as if largely unknown candidates haven’t been elected before. Hardly anyone knew Gregor Robertson when he ran for mayor in 2008. Philip Owen was a nondescript city councillor when he was catapulted to the top of the NPA ticket in 1993.

Yet Robertson and Owen each won. And they did it by persuading voters that they weren’t too right, and they weren’t too left. They strove for the sweet spot on Vancouver’s ideological spectrum.

On October 28, Marissen lured hundreds of people to his first major campaign event. At Fraserview Hall, he announced that he’s seeking the mayoral nomination of a new party called Progress Vancouver. Among those in attendance were three city councillors: Lisa Dominato, Sarah Kirby-Yung, and Melissa De Genova.

Article on The Georgia Straight