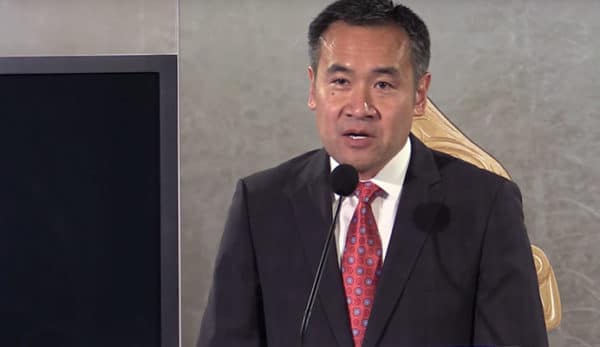 “My name is Michael Lee and I want to change the future of British Columbia by seeking the leadership of the B.C. Liberal party.”

And with that declaration to a loud and cheering crowd of some 200 at the Bill Reid Gallery in downtown Vancouver on Tuesday, Lee’s public campaign began.

But who is Michael Lee, some may ask.

For that they may be forgiven, because Lee is a newcomer to political office, having won his first seat in the legislature in May. The question won’t bother the Vancouver-Langara MLA any — he’s well aware that he’s a fresh face.

For Lee, newness may just give him the edge over a long slate of high-profile, experienced, leadership hopefuls in the race to replace Christy Clark.

“Our party needs change,” he told supporters after setting out several of his priorities.

Last election, voters saw the Liberals as the party that was strong on jobs, the economy and balanced budgets, Lee said. “And they saw the other parties as those that care. I think that’s wrong. B.C. Liberals care.”