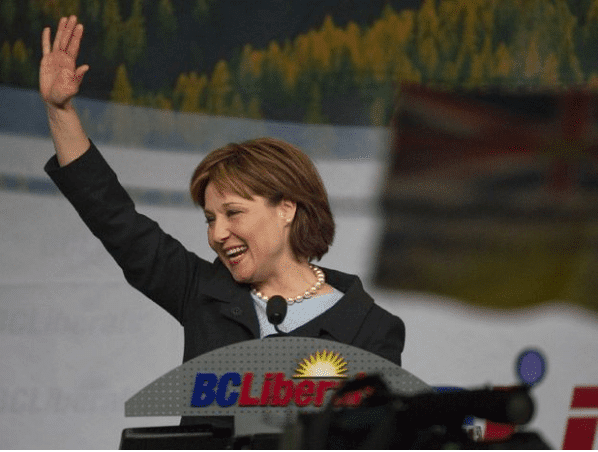 In an astounding turn of events in British Columbia, Christy Clark’s B.C. Liberals have won the provincial election and will retain power for another four years.

The Liberals have earned a convincing majority winning 50 of the 85 ridings compared to the NDP at 33. Green Party candidate Andrew Weaver — a renowned climate scientist at the University of Victoria — wins a seat becoming the first ever Green member in the B.C. legislature. Independent candidate Vikki Huntington also wins her seat in Delta South.

NDP leader Adrian Dix — who won his riding in Vancouver-Kingsway — was clearly deflated after the results were announced.