On the mark | Burrard Strategy 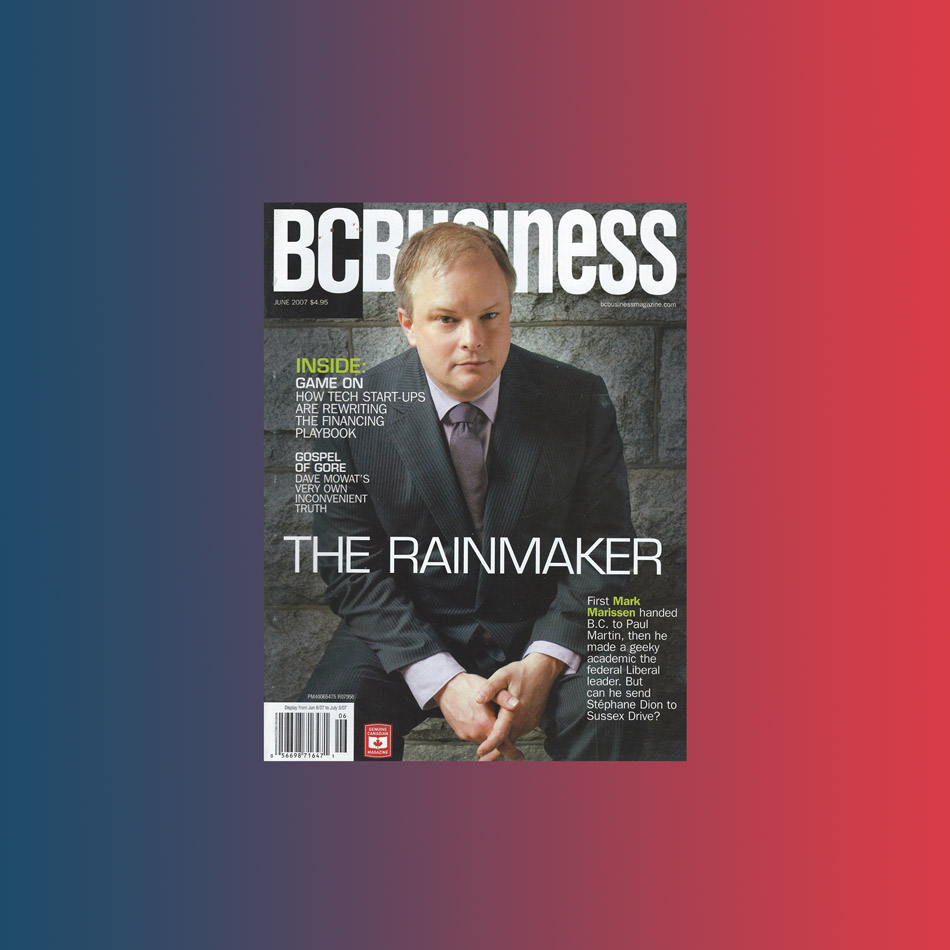 In America, Mark Marissen would be a star: a man who, for better or worse, battled his foes to usher in a whole new kind of professional politics in B.C., and came out on top.

Good looking in a scrubbed, cheerful way, the youngish Marissen is half of a B.C. power couple – his wife, Christy Clark, is a former provincial cabinet minister, a federal Liberal and a political wiz. For his part, Marissen has a killer reputation as a political strategist and organizer, maybe a little too literally for some past opponents.

Marissen’s insider status and power base were built as he locked up B.C. for Paul Martin in the long battle for the federal Liberal leadership, leaving the ruins of Chrétienite camps – and some bitter enemies – in his smiling wake.

Then came a nice underdog twist. When Martin’s short, unhappy time as prime minister ended, Marissen didn’t sign on with any of the favoured leadership candidates: Bob Rae, Michael Ignatieff or even Ken Dryden.

Instead, he stepped up to run the campaign for long shot Stéphane Dion, a geeky policy wonk from Quebec whose English was, on good days, described charitably as “better than people expected.” Dion won.

And Marissen was right alongside him, now firmly at the centre of Liberal power in Ottawa, charged with co-chairing the party’s national campaign when the election finally comes. If Marissen succeeds – that is, if the Liberals can reclaim power so quickly – he’ll be hailed as a political hero.