"All one big family": The Liberal backroom web | Burrard 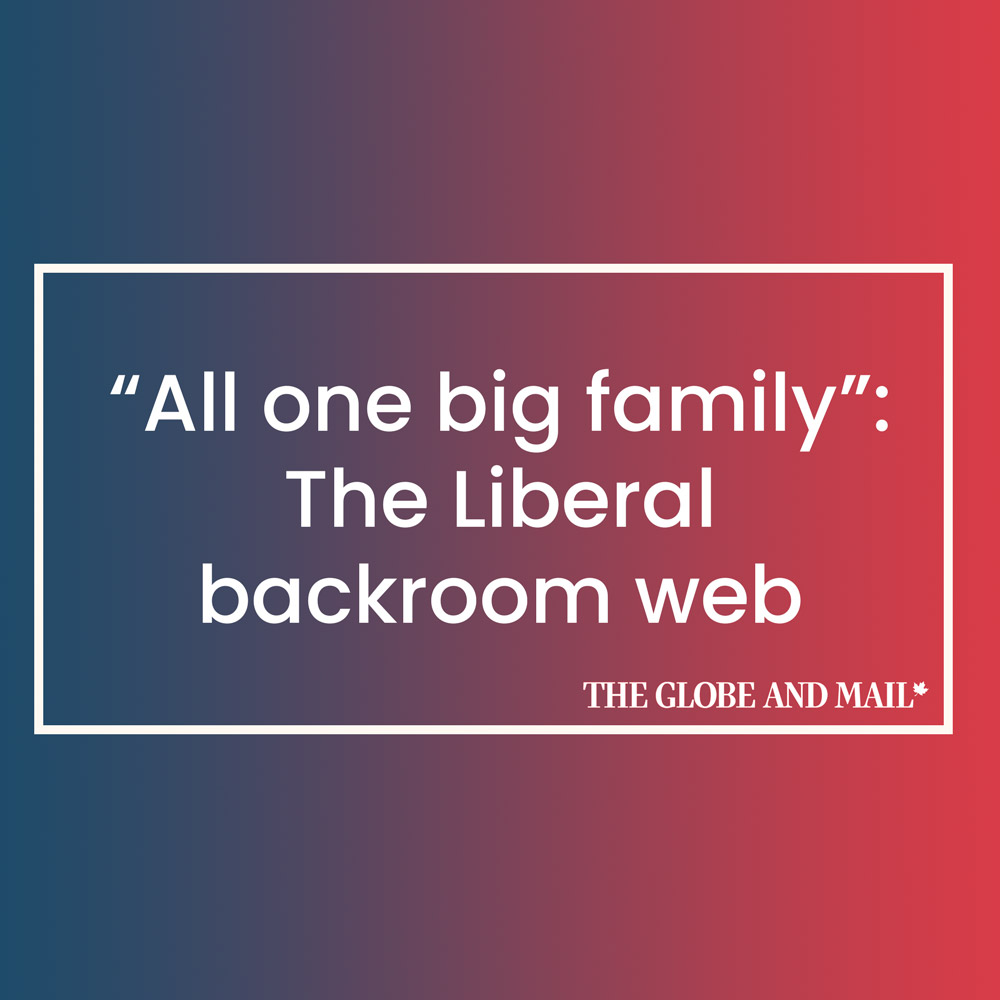 “All one big family”: The Liberal backroom web

The Liberal leadership race is down to four real contenders, each trying to woo delegates from the other for second-ballot support. But eventually, there will have to be some deal-making.

Personal relationships are likely to play a factor in those deals: Each campaign has players with close ties to counterparts in other camps. They could make of break a deal for a candidate to back a rival — or encourage a candidate’s delegates to split into factions.

The top four contenders each have at least one high-ranking party veteran in their inner circle — Herb Metcalfe (Stéphane Dion), John Rae (Bob Rae), David Smith (Michael Ignatieff), and David MacNaughton (Gerard Kennedy) — and most have known one another for years.