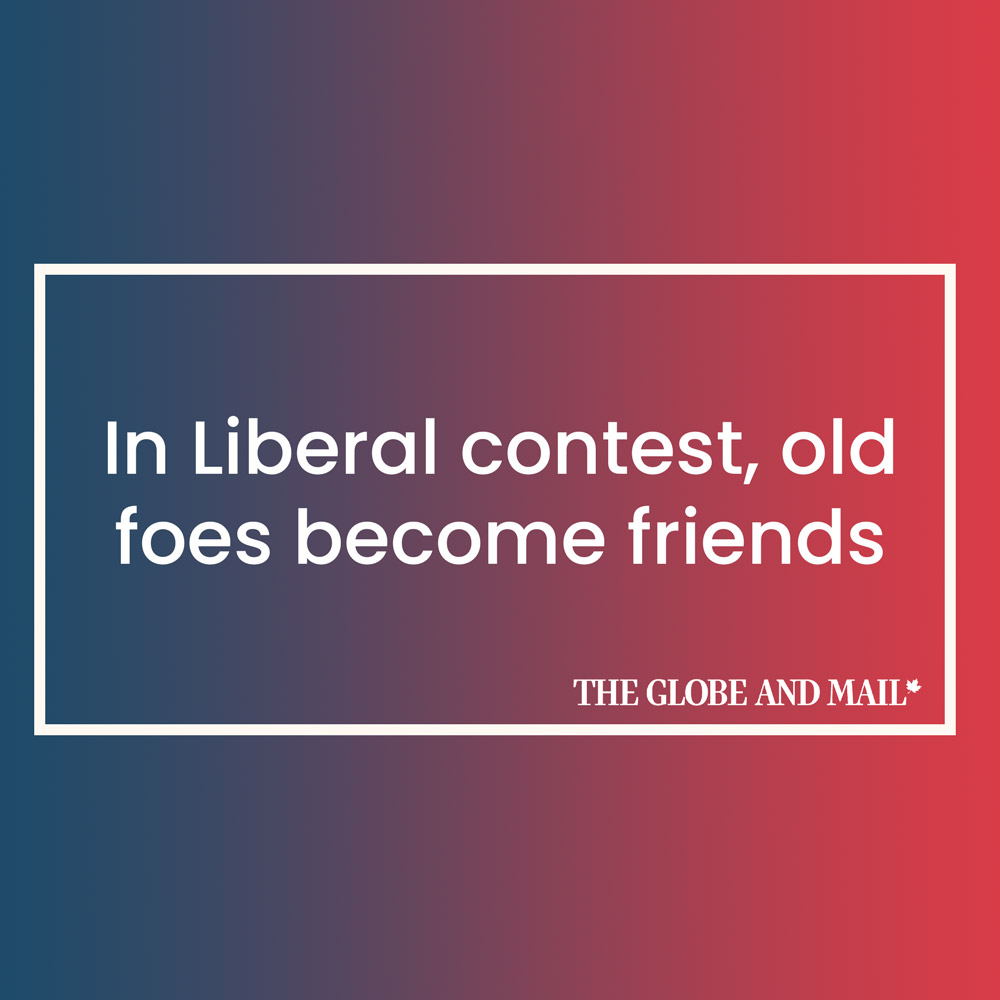 The Liberal Party is scattering into 11 leadership camps. But in the process, the divisions between its two warring factions are lessening.

David Collenette, one of the most prominent Jean Chrétien loyalists, who served as defence and transport minister and was one of the key Ontario organizers for Mr. Chrétien’s 1990 leadership win, is joining the campaign of MP Michael Ignatieff. His former colleague in the Commons, Jim Peterson, one of Paul Martin’s staunchest supporters, is co-chair.